Second Track Of BOL Beats “BOL Kaffara” Has Been Released

The wait is finally over! The second song of BOL Beats “BOL Kaffara” has been released and people are simply loving it.

Anilka Gill is a young and talented Pakistani singer. On the other hand, Zaain ul Abideen is a renowned singer known for his famous song “Chue Chue” which is still a favorite of millennials.

One of the most-watched songs ever released in Pakistan, the original song “BOL Kaffara” has over 85 million views on YouTube. Sehar Gul Khan sang the original song for the drama series “Parlour Wali Larki” by BOL Entertainment.

With their mellifluous voices and smashing classical tune, Zaain and Anilka have more flavor to the song.

Zaain and Anilka have fused the sounds and elements of folk music with Western instruments in a modern way. The guitar effect, the harmonium ringing out with the singers’ divine voices, makes Bol Kaffara by BOL Beats unique.

Within just a few minutes, the song has created the hype and people from around the world are loving the new version of BOL Kaffara by BOL Beats. 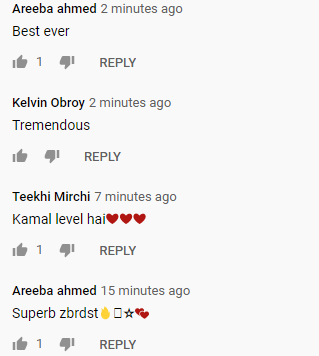